Thank you to Harlequinn Trade Publishing for including me in this blog tour. I was gifted a copy of The Last Affair to read in exchange for my honest review.

Gwen Landon—poster woman for perfect wife, mother, and suburban bliss—is found brutally bludgeoned to death behind her Floridian McMansion. Beautiful and beloved by her community, Gwen makes an unlikely victim. But just a scratch below the surface of her perfectly curated world reveals one far more sinister. When looking back over the six months leading up to her death, the question of, “who would do this?” quickly shifts to, “who wouldn’t?”

Commercially successful food blogger and mother of three, Nora Holliday never imagined she would have the nerve, let alone time, to get involved an affair. Trapped in an unhappy marriage, she does whatever it takes to keep it all together. But when Nora runs into Gwen Landon’s husband at a hotel in Orlando, his easy kindness and warmth proves too tempting to resist. As their affair spirals dangerously out of control, it seems things can’t get more complicated—until Gwen turns up dead.

This is a really well crafted suspense novel. We start out the first chapter with the police investigating Gwen’s murder and then we go back six months and start building up to that point. There are so many threads to this story that make this book so compulsively readable because you just want to know who kills Gwen and why. There are a few obvious suspects but there are also side characters who seem nefarious so I honestly had no clue who is was going to be.

This book is told in three different perspectives: Nora, Gwen and Gwen’s daughter, Abby. All three are dealing with terrible relationships that are fractured and they each deal with them in different ways. Gwen was the most interesting character to me especially since we know from the beginning how her story ends. Gwen is not a likable character but I found the way Hunt wrote her refreshing and I always looked forward to her chapters. Abby is more of a plot device, which I’m not saying is a negative thing, I just didn’t really connect to her character. Nora was a great character. Obviously as a blogger I really appreciated that part of her life and it definitely was a big reason why I connected to her so early on. The way the three of their stories interconnected and wove together are why this book is so successful. Their points of view are running parallel to each other and then the closer we got to the end the more they started weaving into each other and it was just exceptionally well done.

The part that really made me fall in love with this book is that it is so much more than just your average domestic story where someone is killed and we are trying to figure it out. Instead this book is more like a contemporary with the suspense building along with the story. Hunt really delves into motherhood, marriage, adulthood, the everyday stress we all deal with and does it in such a perfect way that it doesn’t take away from the bigger story. Some domestic mystery/suspense/thriller’s can feel really flat or one dimensional but this one is like a perfectly well told story that I think so many people will love.  If you are the fence or just want to know more then please scroll down to read the prologue of this book. Just know that the book builds deliciously from that point on.

BIO: Margot Hunt is a critically acclaimed author of psychological suspense. Her work has been praised by Publisher’s Weekly, Booklist and Kirkus Reviews. 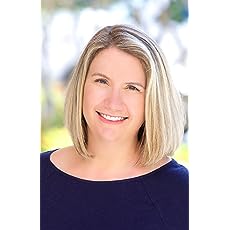 Other than the woman’s blood-covered body splayed facedown in the grass, it could have been any typical upscale Floridian backyard.

There was the ubiquitous pool with a water fountain feature, a patio furnished with both a dining set and outdoor sectional couch, and an enormous gas grill capable of cooking hamburgers by the dozen. A large pergola with a tropical vine trained over it covered part of the patio. The dining area was shaded by a black-and-white-striped awning. It was the very picture of suburban domestic bliss. It could have been the set for a commercial advertising anything from laundry detergent to allergy medicine.

Again, except for the dead body.

The area had already been taped off. The first officers on the scene appeared with an ambulance in response to a frantic 911 call placed by the woman’s daughter. The paramedics had assessed the situation, and quickly determined that the woman was dead. The fact that the back of her head had been bashed in with what looked like a paving stone, conveniently dropped next to her prone body, made it immediately clear that it had not been a natural death. The responding officers called the sheriff, who responded by sending in a full investigative team. The medical examiner was now doing a preliminary examination of the body, while police officers combed the area for additional evidence. Two detectives, Mike Monroe and Gavin Reddick—separated by twenty years and sixty pounds—were overseeing the operation, standing at the edge of the patio under the shade of the pergola. It was the third week in April, but this was South Florida and the temperature had already climbed into the low nineties.

“The paving stone came from the stack out in the front yard. They were delivered last week by the company who’s installing the driveway,” Detective Reddick said. He was the younger of the two men and had a wiry frame and angular face.

“Weapon of convenience. Suggests it wasn’t premeditated,” Detective Monroe said. He had a ruddy complexion and a full head of thick dark hair, swept back off his face. A strand never moved out of place, even in a strong wind.

“Plus he dropped the weapon, rather than taking it with him. Probably panicked.”

“Could be a she,” Monroe said mildly.

Reddick shrugged. “Blunt force trauma to the back of the head? You know the stats. Overwhelming likelihood that it’s a man, and probably someone the victim was intimately involved with. Husband, maybe a boyfriend.”

“The husband was with the daughter when she called it in.”

“Doesn’t mean he didn’t do it, and then had her place the call.”

The family had been sequestered indoors, both to keep them out of the way, and so that the officers waiting in the house with them could observe anything they did or said. Other than the husband, there was a daughter in her early twenties and a teenage son. The daughter was reportedly distraught, while the husband and son had both been eerily quiet. It was possible they were in shock.

“Do we have an ID on the victim?” Reddick asked.

“Yeah, but I like doing things the official way, you know? I’s dotted, t’s crossed, all of that. Building a case, basic detective work.”

Despite the chilling scene in front of them—the woman’s body still sprawled on the grass, the back of her head a pulpy, bloody mess—the corner of Monroe’s mouth quirked up in a half smile. “Sure, kid, tell me all about basic detective work. I’ve only been doing this for, what…thirty-two years now? The husband ID’d her. Victim is Gwen Landon, age forty-nine. Married, mother of two. Husband said she hasn’t had any recent conflict with anyone.”

“Other than the person who caved in the back of her head with a paving stone,” Reddick pointed out.

“Wouldn’t be the first time a husband didn’t know his wife as well as he thought he did.”

“Possible. But there’s another possibility, too.”

Reddick turned to look at his partner. His eyes were small and dark, and he had a habit of squinting when he concentrated intently on something.

“The husband is a liar,” Reddick said.

3 thoughts on “Blog Tour: The Last Affair by Margot Hunt”