I’m so excited to participate in the first round of the romanceopoly readathon for 2020. Mostly because I have fallen behind and this is a great opportunity to catch up. There are 7 different challenges and like usual I have picked a book for each one even though I definitely won’t get them all read. This readathon goes from April 27-May 3 and is based around the year long reading prompt game romanceopoly  which has a really fun monopoly type board. If you haven’t been participating yet this year but it still looks intriguing and/or fun then you can definitely still partake. All the info you need is on the website linked above and I really enjoy moving around the board every month.

I’m going to be sharing the challenges and also what board space that particular book is picked from. I am currently working my way through the sun pack.

Board Space: Farmers Market (Read a romance where the h/H is a farmer/rancher/cowboy. This space is blue.

Everyone in Cedar Creek, Texas, knows Jack McNight is an arrogant devil. Physically, I get it: he’s tan and fit, with coal-black hair that’s clearly been scorched by hellfire. Oh, and his personality? It burns just as hot.

When I show up on the doorstep of Blue Stone Ranch, I’m run-down and rockin’ my last pair of underwear. I’m hoping for a savior, but instead, I find him.

My opinion of Jack is marred by a dismal first impression, but his opinion of me is tainted even before I arrive. He’s heard I’m a spoiled princess there to take advantage of his goodwill. To him, I’m more trouble than I’m worth.

Our button-pushing banter should get under my skin. His arrogance should be a major turn-off. Problem is, devils are known to offer their own form of temptation.

Every one of his steely glares sends a shiver down my spine.

Every steamy encounter leaves me reeling.

Sure, it could be the Texas heat messing with my head, but there’s no way I’ll survive the summer without silencing him with a kiss and wrestling him out of those Wranglers.

Who knows…going to bed with the devil might just be the salvation I’ve been looking for all along.

Read a book that has the longest title on your TBR

Journeys End: Read a fantasy where the main character is a magic user

Kell is one of the last Antari—magicians with a rare, coveted ability to travel between parallel Londons; Red, Grey, White, and, once upon a time, Black.

Kell was raised in Arnes—Red London—and officially serves the Maresh Empire as an ambassador, traveling between the frequent bloody regime changes in White London and the court of George III in the dullest of Londons, the one without any magic left to see.

Unofficially, Kell is a smuggler, servicing people willing to pay for even the smallest glimpses of a world they’ll never see. It’s a defiant hobby with dangerous consequences, which Kell is now seeing firsthand.

After an exchange goes awry, Kell escapes to Grey London and runs into Delilah Bard, a cut-purse with lofty aspirations. She first robs him, then saves him from a deadly enemy, and finally forces Kell to spirit her to another world for a proper adventure.

Now perilous magic is afoot, and treachery lurks at every turn. To save all of the worlds, they’ll first need to stay alive.

Read a new to you author or series

Killer Crescent: Read a thriller where the main character is a detective or PI

Read a book that has been recommended to you

Solider Street: Read a romantic suspense where the h/H is in the military 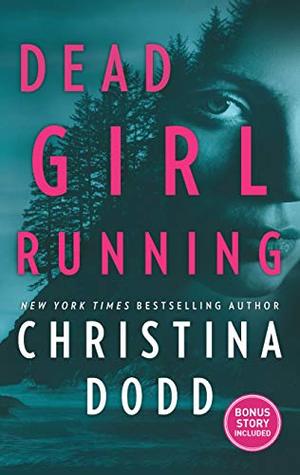 I have three confessions to make:
1. I’ve got the scar of gunshot on my forehead.
2. I don’t remember an entire year of my life.
3. My name is Kellen Adams…and that’s half a lie.

Girl running…from a year she can’t remember, from a husband she prays is dead, from homelessness and fear. Tough, capable Kellen Adams takes a job as assistant manager of a remote vacation resort on the North Pacific Coast. There amid the towering storms and the lashing waves, she hopes to find sanctuary. But when she discovers a woman’s dead and mutilated body, she’s soon trying to keep her own secrets while investigating first one murder…then another.

Now every guest and employee is a suspect. Every friendly face a mask. Every kind word a lie. Kellen’s driven to defend her job, her friends and the place she’s come to call home. Yet she wonders–with the scar of a gunshot on her forehead and amnesia that leaves her unsure of her own past–could the killer be staring her in the face?

Read a book that is already on your bookshelf or TBR

Burger Joint: Read a book on our book boyfriend list

The Gym: Do some heavy lifting… read the longest book on your TBR

*I have been legit reading this book for THREE YEARS! And it’s not because I don’t like it because I only have about two hundred pages left and its looking like a five star read for me. I just made the mistake of watching the movies first and I have serious issues when I watch the movie first which is so bizarre. I don’t know what’s wrong with my brain haha

It’s a small city, a place as hauntingly familiar as your own hometown. Only in Derry the haunting is real …

They were seven teenagers when they first stumbled upon the horror. Now they are grown-up men and women who have gone out into the big world to gain success and happiness. But none of them can withstand the force that has drawn them back to Derry to face the nightmare without an end, and the evil without a name.

Read a book with an animal on the cover

Spring: Read a book where it: Has a green or yellow cover; Has flowers on the cover; Has the word Spring in the title; Where the hero or heroine is a gardener or farmer

Olive is always unlucky: in her career, in love, in…well, everything. Her identical twin sister Ami, on the other hand, is probably the luckiest person in the world. Her meet-cute with her fiancé is something out of a romantic comedy (gag) and she’s managed to finance her entire wedding by winning a series of Internet contests (double gag). Worst of all, she’s forcing Olive to spend the day with her sworn enemy, Ethan, who just happens to be the best man.

Olive braces herself to get through 24 hours of wedding hell before she can return to her comfortable, unlucky life. But when the entire wedding party gets food poisoning from eating bad shellfish, the only people who aren’t affected are Olive and Ethan. And now there’s an all-expenses-paid honeymoon in Hawaii up for grabs.

Putting their mutual hatred aside for the sake of a free vacation, Olive and Ethan head for paradise, determined to avoid each other at all costs. But when Olive runs into her future boss, the little white lie she tells him is suddenly at risk to become a whole lot bigger. She and Ethan now have to pretend to be loving newlyweds, and her luck seems worse than ever. But the weird thing is that she doesn’t mind playing pretend. In fact, she feels kind of… lucky.