I can’t believe this year is already half over! June also happens to be my birthday month so I did treat myself to a few more books than usual. Other than my book of the month books I spent the rest of the month adding to my thriller collection.

With her daughter to care for and her abuela to help support, high school senior Emoni Santiago has to make the tough decisions, and do what must be done. The one place she can let her responsibilities go is in the kitchen, where she adds a little something magical to everything she cooks, turning her food into straight-up goodness. Still, she knows she doesn’t have enough time for her school’s new culinary arts class, doesn’t have the money for the class’s trip to Spain — and shouldn’t still be dreaming of someday working in a real kitchen. But even with all the rules she has for her life — and all the rules everyone expects her to play by — once Emoni starts cooking, her only real choice is to let her talent break free.

Pachinko follows one Korean family through the generations, beginning in early 1900s Korea with Sunja, the prized daughter of a poor yet proud family, whose unplanned pregnancy threatens to shame them all. Deserted by her lover, Sunja is saved when a young tubercular minister offers to marry and bring her to Japan.

So begins a sweeping saga of an exceptional family in exile from its homeland and caught in the indifferent arc of history. Through desperate struggles and hard-won triumphs, its members are bound together by deep roots as they face enduring questions of faith, family, and identity.

That’s what New York City cop Barry Sutton is learning as he investigates the devastating phenomenon the media has dubbed False Memory Syndrome—a mysterious affliction that drives its victims mad with memories of a life they never lived.

Neuroscientist Helena Smith already understands the power of memory. It’s why she’s dedicated her life to creating a technology that will let us preserve our most precious moments of our pasts. If she succeeds, anyone will be able to re-experience a first kiss, the birth of a child, the final moment with a dying parent.

As Barry searches for the truth, he comes face-to-face with an opponent more terrifying than any disease—a force that attacks not just our minds but the very fabric of the past. And as its effects begin to unmake the world as we know it, only he and Helena, working together, will stand a chance at defeating it.

But how can they make a stand when reality itself is shifting and crumbling all around them?

A devious tale of psychological suspense so irresistible that it prompts Entertainment Weekly to ask, “Is The Kind Worth Killing the next Gone Girl?” From one of the hottest new thriller writers, Peter Swanson, a name you may not know yet (but soon will), this is his breakout novel in the bestselling tradition of Paula Hawkins’ The Girl on the Train—and is soon to be a major movie directed by Agnieszka Holland.

In a tantalizing set-up reminiscent of Patricia Highsmith’s classic Strangers on a Train… On a night flight from London to Boston, Ted Severson meets the stunning and mysterious Lily Kintner. Sharing one too many martinis, the strangers begin to play a game of truth, revealing very intimate details about themselves. Ted talks about his marriage that’s going stale and his wife Miranda, who he’s sure is cheating on him. Ted and his wife were a mismatch from the start—he the rich businessman, she the artistic free spirit—a contrast that once inflamed their passion, but has now become a cliché.

But their game turns a little darker when Ted jokes that he could kill Miranda for what she’s done. Lily, without missing a beat, says calmly, “I’d like to help.” After all, some people are the kind worth killing, like a lying, stinking, cheating spouse. . . .

Back in Boston, Ted and Lily’s twisted bond grows stronger as they begin to plot Miranda’s demise. But there are a few things about Lily’s past that she hasn’t shared with Ted, namely her experience in the art and craft of murder, a journey that began in her very precocious youth.

Suddenly these co-conspirators are embroiled in a chilling game of cat-and-mouse, one they both cannot survive . . . with a shrewd and very determined detective on their tail.

When a fourteen-year-old runs away, her parents turn to social media to find her—launching a public campaign that will expose their darkest secrets and change their family forever, in this suspenseful and gripping debut for fans of Reconstructing Ameliaand Gone Girl.

Don’t try to find me. Though the message on the kitchen white board is written in Marley’s hand, her mother Rachel knows there has to be some other explanation. Marley would never run away.

As the days pass and it sinks in that the impossible has occurred, Rachel and her husband Paul are informed that the police have “limited resources.” If they want their fourteen-year-old daughter back, they will have to find her themselves. Desperation becomes determination when Paul turns to Facebook and Twitter, and launches FindMarley.com.

But Marley isn’t the only one with secrets.

With public exposure comes scrutiny, and when Rachel blows a television interview, the dirty speculation begins. Now, the blogosphere is convinced Rachel is hiding something. It’s not what they think; Rachel would never hurt Marley. Not intentionally, anyway. But when it’s discovered that she’s lied, even to the police, the devoted mother becomes a suspect in Marley’s disappearance.

Is Marley out there somewhere, watching it all happen, or is the truth something far worse?

Former “It Girl” Janie Jenkins is sly, stunning, and fresh out of prison. Ten years ago, at the height of her fame, she was incarcerated for the murder of her mother, a high-society beauty known for her good works and rich husbands. Now, released on a technicality, Janie makes herself over and goes undercover, determined to chase down the one lead she has on her mother’s killer. The only problem? Janie doesn’t know if she’s the killer she’s looking for.

Janie makes her way to an isolated South Dakota town whose mysteries rival her own. Enlisting the help of some new friends (and the town’s wary police chief), Janie follows a series of clues—an old photograph, an abandoned house, a forgotten diary—and begins to piece together her mother’s seemingly improbable connection to the town. When new evidence from Janie’s own past surfaces, she’s forced to consider the possibility that she and her mother were more alike than either of them would ever have imagined.

As she digs tantalizingly deeper, and as suspicious locals begin to see through her increasingly fragile facade, Janie discovers that even the sleepiest towns hide sinister secrets—and will stop at nothing to guard them. On the run from the press, the police, and maybe even a murderer, Janie must choose between the anonymity she craves and the truth she so desperately needs.

A gripping, electrifying debut novel with an ingenious and like-it-or-not sexy protagonist, Dear Daughter follows every twist and turn as Janie unravels the mystery of what happened the night her mother died—whatever the cost. 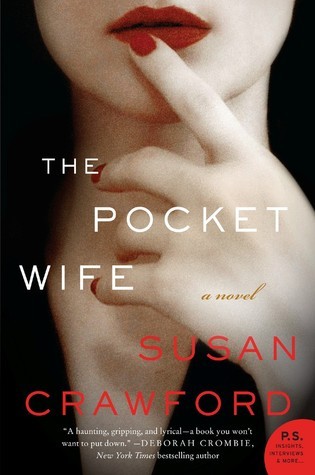 An amazing talent makes her debut with this stylish psychological thriller—with the compelling intrigue of The Silent Wife and Turn of Mind and the white-knuckle pacing of Before I Go to Sleep —in which a woman suffering from bipolar disorder cannot remember if she murdered her friend during a breakdown.

Dana Catrell is horrified to learn she was the last person to see her neighbor Celia alive. Suffering from a devastating mania, a result of her bipolar disorder, Dana finds that there are troubling holes in her memory, including what happened on the afternoon of Celia’s death. As evidence starts to point in her direction, Dana struggles to clear her name before her own demons win out.

Is murder on her mind – or is it all in her head?

The closer she comes to piecing together shards of her broken memory, the more Dana falls apart. Is there a murderer lurking inside her . . . or is there one out there in the shadows of reality, waiting to strike again? A story of marriage, murder and madness, The Pocket Wife explores the world through the foggy lens of a woman on the edge.

Follow Books With Cassie on WordPress.com
Join 867 other followers