I have been collecting Nancy Drew books my whole life and there are about ten that I currently own that I have not read. I decided after my last read to just grab a random one off my shelf. I don’t think Nancy Drew warrants a whole review post to itself so I thought I would do another set of mini reviews. 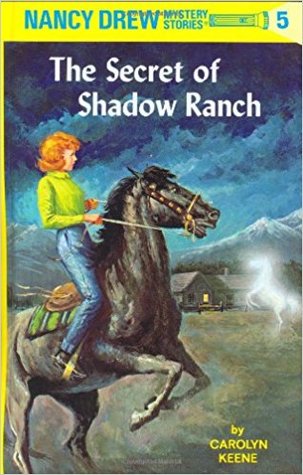 Nancy drew arrives in Phoenix, Arizona, eagerly looking forward to a fun-filled vacation at Shadow Ranch, but abruptly finds herself involved in a baffling mystery. The ranch is being haunted by a phantom horse and maliciously damaged by an unknown enemy. Local people believe that the ghostly animal is carrying out the curse of Dirk Valentine, the romantic outlaw who was killed many years ago at Shadow Ranch, where he had gone to fulfill a promise to his sweetheart.

Suspecting that a treasure hidden by Valentine may be at the root of the Shadow Ranch mystery, Nancy undertakes a challenging search, aided by her friends Bess Marvin and George Fayne. The first vital clue is found in an antique watch and sparks a series of clever deductions and dangerous developments. While seeking further clues, the girls’ investigation in a ghost town ends in a near disaster when Nancy is trapped inside a building that is toppled by a rockslide – a rockslide which is deliberately caused. But the pretty titian-haired detective remains undaunted in her determination to solve the mystery.

I will always love Nancy Drew because the mysteries are always so fun and I have never been let down by an ending. I believe this book was written in the 60’s and the age of the book is definitely starting to show. There was one glaringly inappropriate thing said about a female characters weight and there was definite misappropriation of Native American culture. But I think that’s part of the fun in reading these books since we get a good chance to see how different things used to be.

What if everything you set yourself up to be was wrong?

Frances has always been a study machine with one goal, elite university. Nothing will stand in her way; not friends, not a guilty secret – not even the person she is on the inside.

But when Frances meets Aled, the shy genius behind her favourite podcast, she discovers a new freedom. He unlocks the door to Real Frances and for the first time she experiences true friendship, unafraid to be herself. Then the podcast goes viral and the fragile trust between them is broken.

Caught between who she was and who she longs to be, Frances’ dreams come crashing down. Suffocating with guilt, she knows that she has to confront her past…

She has to confess why Carys disappeared…

Meanwhile at uni, Aled is alone, fighting even darker secrets.

Frances is going to need every bit of courage she has.

This is a coming of age story about characters who are at the end of high school (one has just finished high school) and their struggles with figuring themselves out. This book does such a great job of portraying how truly difficult it can be to be 17/18. You are learning about yourself and have to figure out your future while also dealing with some heavy duty life stuff. I also felt that Oseman is an amazing writer and she had such a honest way of writing. A lot of characters in this book are struggling with their sexuality and I think the author went about it in a really authentic way. The mystery and podcast elements were really secondary to everything else happening in the book.

*This book is set in the England so I believe they are in secondary school which is the American equivalent of high school. Please correct me if I’m wrong.

After a string of violent murders occur in their town, the senior class of Redwood High School is terrorized by a masked killer. Charlene Sanchez, a popular senior, believes everyone is a target—and everyone is a suspect. When videos of the murders begin to surface on social media, Charlene enlists the help of her closest friends and races to find the serial killer. Can she stop the killer before he stops her?

Jon Athan, author of Butcher Road and Camp Blaze, brings you another violent slasher inspired by the classics.

WARNING: This book contains scenes of graphic violence. This book is not intended for those easily offended or appalled. Please enjoy at your own discretion.

I found this book on Kindle Unlimited one day and it was a pretty quick fun read. The writing is not the best and I didn’t understand why Charlene cared so much about finding out who the killer was. The whole motive of the killings didn’t even really involve her and there was a few random things thrown in (like a teacher-student romance) that weren’t necessary to the plot. This book was like a graphic version of a Fear Street novel. 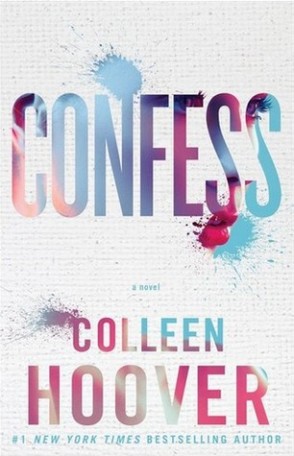 Auburn Reed is determined to rebuild her shattered life and she has no room for mistakes. But when she walks into a Dallas art studio in search of a job, she doesn’t expect to become deeply attracted to the studio’s enigmatic artist, Owen Gentry.

For once, Auburn takes a chance and puts her heart in control, only to discover that Owen is hiding a huge secret. The magnitude of his past threatens to destroy everything Auburn loves most, and the only way to get her life back on track is to cut Owen out of it—but can she do it?

I really enjoyed this book. I love the romance between Auburn and Owen. This book is told through both of their perspectives and I really liked seeing the same scene through both of their eyes. I was annoyed with both of them throughout different parts of the book though because I wish they had more of a backbone. They would just let stuff happen and not really say anything, Auburn especially. The ending was really full circle and I enjoyed how all the pieces came together. 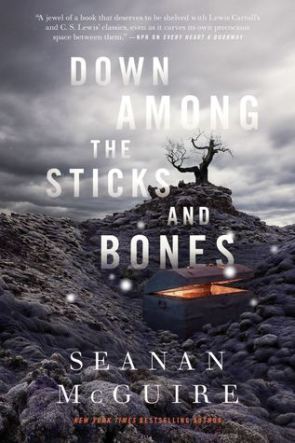 Twin sisters Jack and Jill were seventeen when they found their way home and were packed off to Eleanor West’s Home for Wayward Children.

This is the story of what happened first…

Jillian was her father’s perfect daughter—adventurous, thrill-seeking, and a bit of a tom-boy. He really would have preferred a son, but you work with what you’ve got.

They were five when they learned that grown-ups can’t be trusted.

They were twelve when they walked down the impossible staircase and discovered that the pretense of love can never be enough to prepare you a life filled with magic in a land filled with mad scientists and death and choices.

I think almost everyone knows how good this series is. I love how dark and gothic this story was. I was annoyed by Jack and Jill’s parents but thats obviously the point of them so that’s definitely not a negative. I gave this four stars because the beginning, before they go through their door, dragged on a little bit too long for me.