Hello again everybody! I was inspired to do another round of mini reviews because I recently finished a book I received for review and I just did not like it. There is no way I could do a full review of the book when I only need a few sentences to say how I feel about it. I will also be reviewing four books I have read earlier in the year.

THANK YOU TO BOOKTASTERS AND THE RIAN HARRISON FOR ALLOWING ME TO READ THIS BOOK FOR FREE IN EXCHANGE FOR MY HONEST REVIEW.

Remus enters Dr. Pines facility after exacting revenge of his abusive father. He begins his therapy with a serial killer, a mother, a bomber, and rape victim. Through the course of their therapy they discover the true effects of their crimes.The cause though is up to their interpretation of their own truth.

PROGENY is the first of six novels.

I have no doubt that there is an audience for this book but it is definitely not me. Progeny is very graphic in its details of abuse, rape and murder but it was the writing style that turned me off. I have discovered through reading this that I very much like structure to the books I read. This was very flow of thought and constant switching between stories and time periods. Nothing felt real and none of it felt very believable.

Offred is a Handmaid in the Republic of Gilead. She may leave the home of the Commander and his wife once a day to walk to food markets whose signs are now pictures instead of words because women are no longer allowed to read. She must lie on her back once a month and pray that the Commander makes her pregnant, because in an age of declining births, Offred and the other Handmaids are valued only if their ovaries are viable. Offred can remember the years before, when she lived and made love with her husband, Luke; when she played with and protected her daughter; when she had a job, money of her own, and access to knowledge. But all of that is gone now…

This book is a classic for a reason. I think everyone knows what this about because of the tv show. I recently started watching it with my husband and we are enjoying it a lot. I subtracted a star from the book because some parts got a little dry and boring for me. 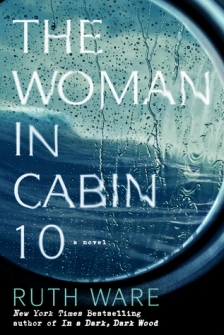 From New York Times bestselling author of the “twisty-mystery” (Vulture) novel In a Dark, Dark Wood, comes The Woman in Cabin 10, an equally suspenseful and haunting novel from Ruth Ware—this time, set at sea.

In this tightly wound story, Lo Blacklock, a journalist who writes for a travel magazine, has just been given the assignment of a lifetime: a week on a luxury cruise with only a handful of cabins. At first, Lo’s stay is nothing but pleasant: the cabins are plush, the dinner parties are sparkling, and the guests are elegant. But as the week wears on, frigid winds whip the deck, gray skies fall, and Lo witnesses what she can only describe as a nightmare: a woman being thrown overboard. The problem? All passengers remain accounted for—and so, the ship sails on as if nothing has happened, despite Lo’s desperate attempts to convey that something (or someone) has gone terribly, terribly wrong…

With surprising twists and a setting that proves as uncomfortably claustrophobic as it is eerily beautiful, Ruth Ware offers up another taut and intense read.

This is my second Ruth Ware book and I am happy that I own all four of her books because they are such compelling thrillers. I can so easily see in my head the world that she is describing.  I did find myself becoming a little bored with the main character and I saw the twists coming but overall this was really well done mystery. 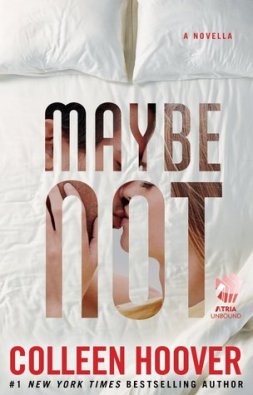 Colleen Hoover, the New York Times bestselling author of Maybe Someday brilliantly brings to life the story of the wonderfully hilarious and charismatic Warren in a new novella, Maybe Not.

When Warren has the opportunity to live with a female roommate, he instantly agrees. It could be an exciting change.

Especially when that roommate is the cold and seemingly calculating Bridgette. Tensions run high and tempers flare as the two can hardly stand to be in the same room together. But Warren has a theory about Bridgette: anyone who can hate with that much passion should also have the capability to love with that much passion. And he wants to be the one to test this theory.

Will Bridgette find it in herself to warm her heart to Warren and finally learn to love?

This was a really fun side novella to Maybe Someday by Colleen Hoover. I love that it was written to take place the same time as things that happened in Maybe Someday. It was like reading the behind the scenes stuff from that book and I really loved Maybe Someday so this book was a wonderful bonus. I also really like the character of Warren and it was nice to hear things from his point of view. 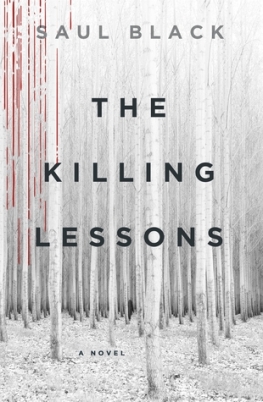 When the two strangers turn up at Rowena Cooper’s isolated Colorado farmhouse, she knows instantly that it’s the end of everything. For the two haunted and driven men, on the other hand, it’s just another stop on a long and bloody journey. And they still have many miles to go, and victims to sacrifice, before their work is done.

For San Francisco homicide detective Valerie Hart, their trail of victims–women abducted, tortured and left with a seemingly random series of objects inside them–has brought her from obsession to the edge of physical and psychological destruction. And she’s losing hope of making a breakthrough before that happens.

But the murders at the Cooper farmhouse didn’t quite go according to plan. There was a survivor, Rowena’s ten-year-old daughter Nell, who now holds the key to the killings. Injured, half-frozen, terrified, Nell has only one place to go. And that place could be even more dangerous than what she’s running from.

In this extraordinary, pulse-pounding debut, Saul Black takes us deep into the mind of a psychopath, and into the troubled heart of the woman determined to stop him.

This was a really interesting crime thriller because we get to read from the perspectives of the detective, the killers, and the victims. It helped to give a really well rounded story and added more intensity to the story. I really did not like the character of the FBI agent. Her interactions with detective Hart where annoying and completely unnecessary to the story. If you enjoy crime thrillers then I definitely recommend this book to you.

That’s all for today. If you know of any books that you think I might be interested in don’t hesitate to let me know!