These are all the books that I can’t wait to read that come out in the month of November.   I am lucky enough to already have ARC’s of more than half of these and I can’t wait to share my reviews of them with you. I like multiple genres so I hope that you are able to find something that interests you on this list.

*All information for this post was pulled from Goodreads.

The first rule of book club:
You don’t talk about book club.

Nashville Legends second baseman Gavin Scott’s marriage is in major league trouble. He’s recently discovered a humiliating secret: his wife Thea has always faked the Big O. When he loses his cool at the revelation, it’s the final straw on their already strained relationship. Thea asks for a divorce, and Gavin realizes he’s let his pride and fear get the better of him.

Welcome to the Bromance Book Club.

Distraught and desperate, Gavin finds help from an unlikely source: a secret romance book club made up of Nashville’s top alpha men. With the help of their current read, a steamy Regency titled Courting the Countess, the guys coach Gavin on saving his marriage. But it’ll take a lot more than flowery words and grand gestures for this hapless Romeo to find his inner hero and win back the trust of his wife.

Talia Hibbert, one of contemporary romance’s brightest new stars, delivers a witty, hilarious romantic comedy about a woman who’s tired of being “boring” and recruits her mysterious, sexy neighbor to help her experience new things—perfect for fans of Sally Thorne, Jasmine Guillory, and Helen Hoang.

Chloe Brown is a chronically ill computer geek with a goal, a plan, and a list. After almost—but not quite—dying, she’s come up with seven directives to help her “Get a Life”, and she’s already completed the first: finally moving out of her glamourous family’s mansion. The next items?

Enjoy a drunken night out.
Ride a motorcycle.
Go camping.
Have meaningless but thoroughly enjoyable sex.
Travel the world with nothing but hand luggage.
And… do something bad.
But it’s not easy being bad, even when you’ve written step-by-step guidelines on how to do it correctly. What Chloe needs is a teacher, and she knows just the man for the job.

Redford ‘Red’ Morgan is a handyman with tattoos, a motorcycle, and more sex appeal than ten-thousand Hollywood heartthrobs. He’s also an artist who paints at night and hides his work in the light of day, which Chloe knows because she spies on him occasionally. Just the teeniest, tiniest bit.

But when she enlists Red in her mission to rebel, she learns things about him that no spy session could teach her. Like why he clearly resents Chloe’s wealthy background. And why he never shows his art to anyone. And what really lies beneath his rough exterior…

Get a Life, Chloe Brown by Talia Hibbert

The Shroud of Prophecy tests fate to discover what happens when the path of good and right, the triumph of light over darkness, the only path to salvation… fails.

Everyone loves Mathias. So naturally, when he discovers it’s his destiny to save the world, he dives in head first, pulling his best friend Aaslo along for the ride.

Mathias is thrilled for the adventure! There’s nothing better than a road beneath his feet and adventure in the air. Aaslo, on the other hand, has never cared for the world beyond the borders of his sleepy village and would be much happier alone and in the woods. But, someone has to keep the Chosen One’s head on his shoulders and his feet on the ground.

It turns out saving the world isn’t as easy, or exciting, as it sounds in the stories. Mathias is more than willing to place his life on the line, but Aaslo would love nothing more than to forget about all the talk of arcane bloodlines and magical fae creatures. When the going gets rough, folks start to believe their only chance for survival is to surrender to the forces of evil, which isn’t how the stories go. At all. To make matters worse Aaslo is beginning to fear that he may have lost his mind…

Fate of the Fallen by Kel Kade

From the New York Times bestselling author of Then She Was Gone and Watching You comes another page-turning look inside one family’s past as buried secrets threaten to come to light.

Be careful who you let in.

Soon after her twenty-fifth birthday, Libby Jones returns home from work to find the letter she’s been waiting for her entire life. She rips it open with one driving thought: I am finally going to know who I am.

She soon learns not only the identity of her birth parents, but also that she is the sole inheritor of their abandoned mansion on the banks of the Thames in London’s fashionable Chelsea neighborhood, worth millions. Everything in Libby’s life is about to change. But what she can’t possibly know is that others have been waiting for this day as well—and she is on a collision course to meet them.

Twenty-five years ago, police were called to 16 Cheyne Walk with reports of a baby crying. When they arrived, they found a healthy ten-month-old happily cooing in her crib in the bedroom. Downstairs in the kitchen lay three dead bodies, all dressed in black, next to a hastily scrawled note. And the four other children reported to live at Cheyne Walk were gone.

In The Family Upstairs, the master of “bone-chilling suspense” (People) brings us the can’t-look-away story of three entangled families living in a house with the darkest of secrets.

The Family Upstairs by Lisa Jewell 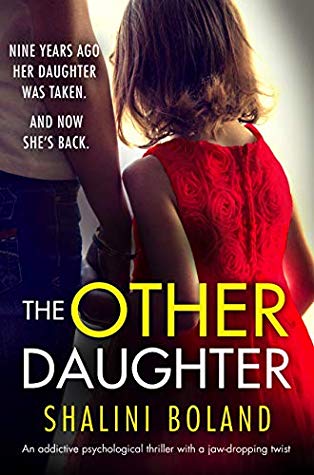 Nine years ago her daughter was taken. And now she’s back.

Two-and-a-half-year-old Holly is playing happily in a pink plastic playhouse, while her mother Rachel sips coffee and chats with a friend nearby. It should be an ordinary day for all of them. But, in the blink of an eye, it turns into every family’s worst nightmare.

Holly is taken by a stranger and never found.

Nine years later, Rachel is living a quiet life in Dorset. She’s tried to keep things together since the traumatic day when she lost her eldest daughter. She has a new family, a loving partner and her secrets are locked away in her painful past.

Until one afternoon when Rachel meets a new school parent Kate and her teenage daughter Bella. Rachel’s world is instantly turned upside down – she’s seen Bella before. She’d recognise that face anywhere – it’s her missing child.

And she will stop at nothing to get her back…

From the million-copy-bestselling author of The Secret Mother and The Perfect Family, this utterly gripping psychological thriller will have you up all night reading.

The Other Daughter by Shalini Boland 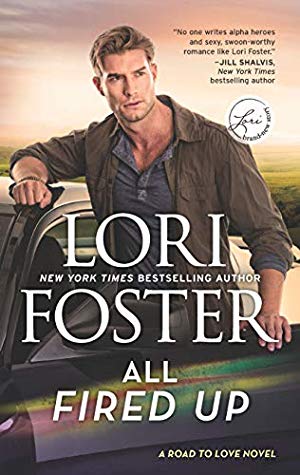 Charlotte Parrish has always wanted a certain kind of man: someone responsible, settled, boring. Bad boys need not apply. But when her car leaves her stranded and a mysterious stranger with brooding eyes and a protective streak comes to her rescue, she can’t deny how drawn she is to him. In town searching for family he’s never met, Mitch is everything she never thought she wanted—and suddenly everything she craves.

Finding his half brothers after all these years is more than Mitch Crews has allowed himself to wish for. Finding love never even crossed his mind…until he meets Charlotte. She’s sweet, warmhearted, sexier than she knows—and too damn good for an ex-con like him. But when his past comes back to haunt him, putting Charlotte—and the family he’s come to care for—in danger, Mitch isn’t playing by the rules. He’s already surrendered his heart, but now he’ll risk his life.

All Fired Up by Lori Foster 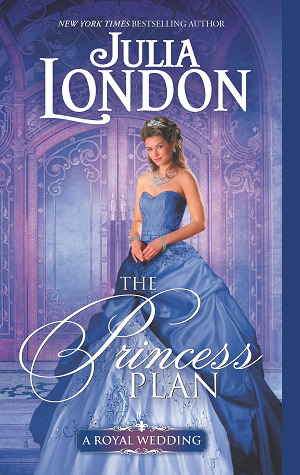 Princes have pomp and glory—not crushes on commoners.

Nothing gets the tongues of London’s high society wagging like a good scandal. And when the personal secretary of the visiting Prince Sebastian of Alucia is found murdered, it’s all anyone can talk about, including Eliza Tricklebank. Her unapologetic gossip gazette has benefited from an anonymous tip about the crime, prompting Sebastian to take an interest in playing detective—and an even greater interest in Eliza.

With a trade deal on the line and mounting pressure to secure a noble bride, there’s nothing more salacious than a prince dallying with a commoner. Sebastian finds Eliza’s contrary manner as frustrating as it is seductive, but they’ll have to work together if they’re going to catch the culprit. And when things heat up behind closed doors, it’s the prince who’ll have to decide what comes first—his country or his heart.

“London’s observations of gender roles are keen, and her protagonists are eminently likable in their dogged pursuit of their own goals despite societal expectations and political pressures.” -Publishers Weekly on THE PRINCESS PLAN

The Princess Plan by Julia London 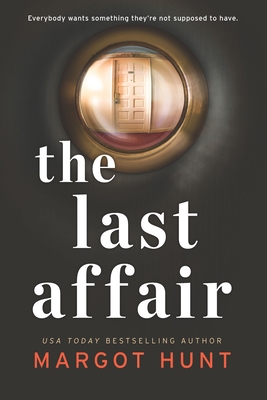 Love may be blind, but obsession’s a real killer.

Nora Holliday is not that kind of woman. Not the kind who has an illicit affair with a married man. But Josh Landon is everything Nora’s alcoholic husband isn’t. And now she and Josh are so infatuated, they can’t stay away from one another.

Abby Landon, Josh’s daughter, is home from college nursing a broken heart. She’s seeking solace, not more scandal, so when she catches her dad kissing Nora, she vows to take the homewrecker down.

And as for Abby’s mother and Josh’s wife, Gwen? To anyone on the outside looking in, the mother of two appears to be living the ideal suburban life.

Until she winds up dead.

The serene seaside town of Shoreham has always been the perfect place to raise a family–not somewhere housewives are brutally murdered. So who killed Gwen Landon, and how many twisted secrets will be exposed as the vindictive plot comes undone?

The Last Affair by Margot Hunt

One thought on “On My Radar: November”