Tomorrow (June 12) starts the latest round of the Buzzwordathon and goes through June 18. The word for this round is YOU and you can stretch that to your, you’ll, you’ve etc. I love this readathon so much because it is such a fun way to read books that I already have on my TBR.

Colleen Hoover delivers a tour de force novel about a troubled marriage and the one old forgotten promise that might be able to save it.

Quinn and Graham’s perfect love is threatened by their imperfect marriage. The memories, mistakes, and secrets that they have built up over the years are now tearing them apart. The one thing that could save them might also be the very thing that pushes their marriage beyond the point of repair.

All Your Perfects is a profound novel about a damaged couple whose potential future hinges on promises made in the past. This is a heartbreaking page-turner that asks: Can a resounding love with a perfect beginning survive a lifetime between two imperfect people? 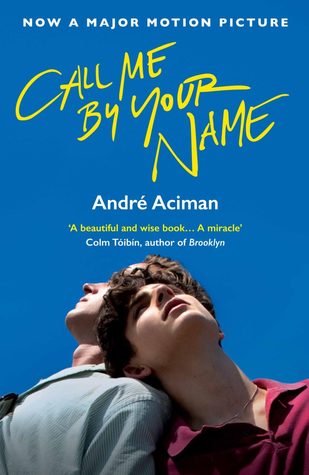 Call Me by Your Name is the story of a sudden and powerful romance that blossoms between an adolescent boy and a summer guest at his parents’ cliff-side mansion on the Italian Riviera. Unprepared for the consequences of their attraction, at first each feigns indifference. But during the restless summer weeks that follow, unrelenting buried currents of obsession and fear, fascination and desire, intensify their passion as they test the charged ground between them. What grows from the depths of their spirits is a romance of scarcely six weeks’ duration and an experience that marks them for a lifetime. For what the two discover on the Riviera and during a sultry evening in Rome is the one thing both already fear they may never truly find again: total intimacy.

The psychological maneuvers that accompany attraction have seldom been more shrewdly captured than in André Aciman’s frank, unsentimental, heartrending elegy to human passion. Call Me by Your Name is clear-eyed, bare-knuckled, and ultimately unforgettable.

No one knows who she really is…

Hattie Hoffman has spent her whole life playing many parts: the good student, the good daughter, the good girlfriend. But Hattie wants something more, something bigger, and ultimately something that turns out to be exceedingly dangerous. When she’s found brutally stabbed to death, the tragedy rips right through the fabric of her small-town community.

It soon comes to light that Hattie was engaged in a highly compromising and potentially explosive secret online relationship. The question is: Did anyone else know? And to what lengths might they have gone to end it? Hattie’s boyfriend seems distraught over her death, but had he fallen so deeply in love with her that she had become an obsession? Or did Hattie’s impulsive, daredevil nature simply put her in the wrong place at the wrong time, leading her to a violent death at the hands of a stranger?

Full of twists and turns, Everything You Want Me to Be reconstructs a year in the life of a dangerously mesmerizing young woman, during which a small town’s darkest secrets come to the forefront…and she inches closer and closer to death.

Evocative and razor-sharp, Everything You Want Me to Be challenges you to test the lines between innocence and culpability, identity and deception. Does love lead to self-discovery—or destruction?

It’s been one year since it happened…

When Paige Hancock’s first boyfriend died in a swimming accident, she shut out almost everyone. Now Paige has decided it’s finally time to rejoin the world, and she has a plan. First on the list: go out with Ryan Chase, her longtime and newly single crush. And last on the list: swim. Terrifying, yet possible?

But when Ryan’s sweet, nerdy cousin Max moves to town and recruits Paige for the QuizBowl team (of all things!), her perfect plan is thrown for a serious loop. Starting over isn’t easy, but Paige knows the scariest things are usually the most difficult. Can she face her fears and open herself up to life and love again?

Tell the truth. Or face the consequences.

Clue meets Riverdale in this page-turning thriller that exposes the lies five teens tell about a deadly night one year ago.

One year ago, there was a party.
At the party, someone died.
Five teens each played a part and up until now, no one has told the truth.

But tonight, the five survivors arrive at an isolated mansion in the hills, expecting to compete in a contest with a $50,000 grand prize. Of course…some things are too good to be true. They were each so desperate for the prize, they didn’t question the odd, rather exclusive invitation until it was too late.

Now, they realize they’ve been lured together by a person bent on revenge, a person who will stop at nothing to uncover what actually happened on that deadly night, one year ago.

Five arrived, but not all can leave. Will the truth set them free?
Or will their lies destroy them all?

Follow Books With Cassie on WordPress.com
Join 889 other subscribers