I am lacking the motivation to do anything today and I have tried three different times to take a nap but it just keeps getting interrupted. I have given up on trying to make the nap happen so I am here to talk about some of the books I have recently read. 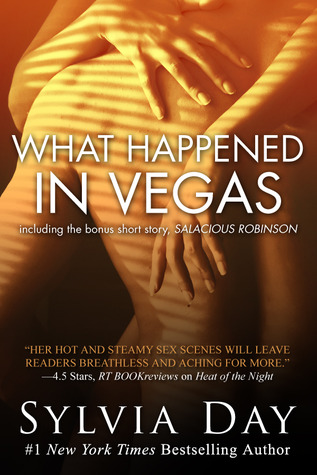 It happened in Vegas…

A sizzling encounter that turned into a scorching biweekly affair. How he’d ended up in bed with a woman like Robin was still a mystery to Paul. One minute they were riding the same elevator and the next he was riding her, the attraction so fierce and immediate he couldn’t remember how they reached his room or even shed their clothes. But when Robin suggested they take their relationship to the next level, Paul panicked, prompting her to walk out on him with her head held high and his heart in her hands. Four months later, he’s got her in an elevator again, ready and willing, but with her emotions tucked safely away. He’s got one shot to prove that what happened in Vegas can happen anywhere in the world, for the rest of their lives.

NO. Just no to this “book”. I found this on the Libby app and I thought it would be the perfect quick read for the buzzwordathon. Well quick was right because this is the shortest short story ever. No I take that back. The bonus short story at the end is the shortest ever. I don’t even feel like I can really rate this because there is no substance to this at all! I will read a smutty book every now and again and this does not do that genre any kind of justice. It was so short that the “sexy” scenes were ruined because the author decided to give us the couples backstory while they were having sex. Like what?! I don’t understand why the story couldn’t have been like ten pages longer and framed better. It was just a hot mess. If you read the Goodreads synopsis that is above this review than you have pretty much read the whole book. Also the short story at the end was just so cringe inducing awful. This book probably takes 20 min to read and I don’t suggest you do it. You will never get those minutes back. 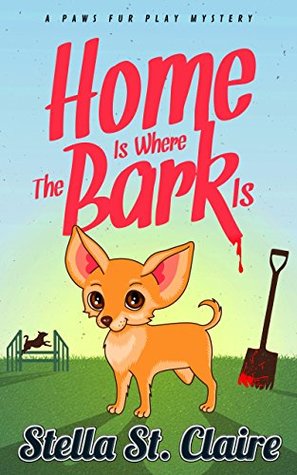 All Willow Wells wanted was a fresh start. After a divorce that left her a dog trainer with no dogs to train, inheriting her Aunt’s property (complete with a downtrodden dog gym) seemed like the answer to her prayers. That is until the first day of excavation uncovers a dead local real estate mogul, and pins her current contractor as the lead suspect.

With his funds frozen, and with no way to return Willow’s money, contractor Griffin Maynard has no choice but to join forces with his high school crush who also happens to be his current client—new arrival Willow Wells. Together they must find the real murderer and get construction back underway before both of their businesses go bottom up.

But as they follow the trail of town gossip, Willow and Griffin discover more buried secrets than they first thought, and time is running out to solve this murder before they lose everything.

This was such a fun light hearted read. I really liked Willow and her dog Telescope. Cozy mysteries are one of my favorite genres to read and this is such a good one. I know that this is the beginning of the series but it did annoy me that they kept alluding to something that caused Willow to leave town after high school and then never really said what it was. Maybe if it had only been brought up once it wouldn’t have annoyed me so much but it kept being mentioned. I also didn’t really like the change in the story format halfway through. The first half is only Willow narrating the story and then it all of a sudden switches to being told through other people. I know it was done so the reader could gain more knowledge of the mystery but it is a weak stylistic choice. Either have it be multi perspective from the beginning or just don’t the whole way through. Unless it serves a purpose to the plot I personally don’t think the format of a story should suddenly change. Overall though this is a solid book and I will definitely be continuing on with the series. 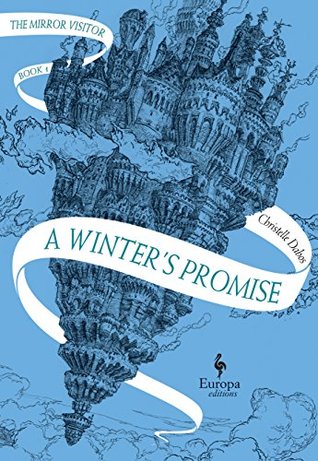 Long ago, following a cataclysm called “The Rupture,” the world was shattered into many floating celestial islands. Known now as Arks, each has developed in distinct ways; each seems to possess its own unique relationship to time, such that nowadays vastly different worlds exist, together but apart. And over all of the Arks the spirit of an omnipotent ancestor abides.

Ophelia lives on Anima, an ark where objects have souls. Beneath her worn scarf and thick glasses, the young girl hides the ability to read and communicate with the souls of objects, and the power to travel through mirrors. Her peaceful existence on the Ark of Anima is disrupted when she is promised in marriage to Thorn, from the powerful Dragon clan. Ophelia must leave her family and follow her fiancée to the floating capital on the distant Ark of the Pole. Why has she been chosen? Why must she hide her true identity? Though she doesn’t know it yet, she has become a pawn in a deadly plot.

I was so fascinated by the world in this fantasy. I love the idea of it and I wish that the book had been more about the world and less about Ophelia and Thorn. This book is almost five hundred pages and looking back on it not much really happened. It would have probably gotten a higher rating from me if it had been shorter since it would have made the pacing pick up. I also feel like Ophelia is the exact same person that she was at the beginning of the book as she is at the end even though the story tries to convince us otherwise. This is just an average fantasy with the potential for so much more. The second book comes out May 7 and I hope that my library gets a copy. I’m am interested to see more of the world in the remaining books of the series. There are four so I would hope by the end that it is a well rounded story. Also, the covers of these books are absolutely gorgeous! 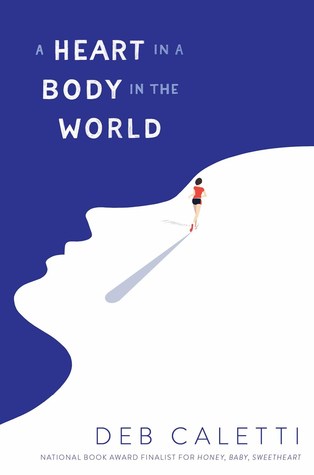 When everything has been taken from you, what else is there to do but run?

So that’s what Annabelle does—she runs from Seattle to Washington, DC, through mountain passes and suburban landscapes, from long lonely roads to college towns. She’s not ready to think about the why yet, just the how—muscles burning, heart pumping, feet pounding the earth. But no matter how hard she tries, she can’t outrun the tragedy from the past year, or the person—The Taker—that haunts her.

Followed by Grandpa Ed in his RV and backed by her brother and two friends (her self-appointed publicity team), Annabelle becomes a reluctant activist as people connect her journey to the trauma from her past. Her cross-country run gains media attention and she is cheered on as she crosses state borders, and is even thrown a block party and given gifts. The support would be nice, if Annabelle could escape the guilt and the shame from what happened back home. They say it isn’t her fault, but she can’t feel the truth of that.

Through welcome and unwelcome distractions, she just keeps running, to the destination that awaits her. There, she’ll finally face what lies behind her—the miles and love and loss…and what is to come.

I wanted to like this so much more than I did. My favorite thing about this book is the way the author talks about how girls are conditioned to always be nice. Be nice to everyone (specifically boys) even when that person makes us uncomfortable. Even when our boundaries are being stepped on. Even when all of our instincts are telling us this is not ok. We need to be empowering the women of the world to speak up. We do not have to be so nice all the time. Also when we speak our minds we are not being bitches. We have a right to stand up for ourselves. I have been so guilty of this. I always want to be nice to people but in some circumstances it is ok to tell people to back off. To stop. To leave us alone. These reasons are why I still think that this is an important book to read even though there were things that I wish hadn’t been a part of this powerful story. Like the preachiness at the end of the book came out of nowhere and one of my biggest pet peeves in a book is when I feel preached at. Even if I agree or disagree with what is being said there are ways to get your point across without lecturing. Show the reader through your story what you want to convey. Also, this might be a spoiler so stop reading now…. There should have been no romance in this story. It just felt so inappropriate considering the whole reason that Annabelle is doing the run. Just because something is YA does not mean it needs to have a romance in it. It was completely unnecessary.

I’m actually feeling much more awake now that I have been ranting and raving about these books. So I’m going to go get some stuff done and enjoy the rest of my weekend. I hope you do the same 🙂