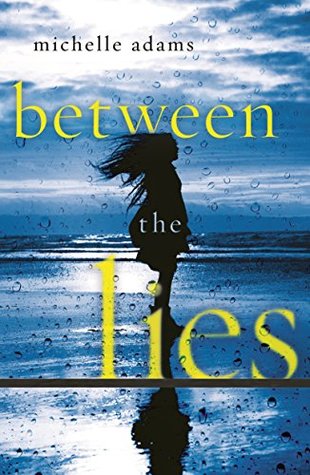 Title: Between The Lies

In the vein of Allison Brennan, Michelle Adams’s Between the Lies is an addictive psychological thriller with twists that keep the reader guessing until the last page, in which a woman who’s lost her memory is back home with a family she doesn’t know—who are keeping secrets of their own. The truth is hiding between the lies.What would you do if you woke up and didn’t know who you were?
Chloe Daniels regains consciousness in a hospital with no memory of how she got there.
She doesn’t recognise the strangers who call themselves family. She can’t even remember her own name.

What if your past remained a mystery?
As she slowly recovers, her parents and sister begin to share details of her life.
The successful career. The seaside home. The near-fatal car crash.
But Chloe senses they’re keeping dark secrets—and her determination to uncover the truth will have devastating consequences.

What if the people you should be able to trust are lying to you?

The characters, setting and plot of this story made for such a compelling read. I was rooting for Chloe so much and I felt so connected to her. She has such a heartbreaking story and her family is terrible. Especially her father but her mom and sister aren’t that much better. Her father really irritated me and I know he served a specific purpose to the plot but I was just so tired of seeing him. Which I guess means kudos to Adams because she did such a great job writing such an unlikeable character.

Part of the reason this thriller works so well is that we, the reader, are figuring things out at the same time as Chloe. I also really enjoyed the progression of Chloe as she gets stronger throughout the story. As mentioned above, the setting is another part of the book that I really enjoyed. There was a lot of rain and storms which just helped to make everything feel darker and spookier. Also, the pacing was perfectly done. Nothing ever felt stagnant and things were moving along so well that I couldn’t wait to find out what was going to be revealed next.

I only gave this book four stars because I figured out the big twist about a third of the way in, although there was a lot of other stuff surrounding the big twist that I didn’t see coming. This is a thriller that really lives up to its name and I recommend this to anyone who is in the mood for a well fleshed out domestic thriller.

One thought on “ARC Review: Between The Lies by Michelle Adams”