Thank you to Penguin First To Read for allowing me to read this book for free in exchange for my honest review. 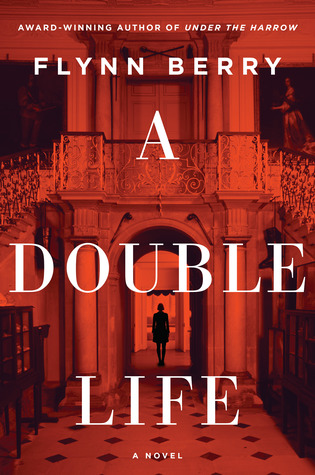 I had never heard of the Lord Lucan case before reading this book and I was instantly intrigued by the premise. I’m not sure how closely this story follows the real case but it is a really puzzling crime. One of my favorite parts of the book were the flashbacks to the time when the crime was committed. I found it all so interesting and I do plan on finding out more about Lord Lucan.

The way that the story was told took me a little bit to get used to. Everything is told from Claire’s perspective, even the flashbacks of her parents before she was born. As the story progressed I didn’t mind it as much but it felt a little odd to have the narrator narrating in such detail things that I don’t think she could reasonably know. She does say that her mom told her and all that but some of it felt a little odd. Later the book does just do a flashback of just Claire’s mom perspective and I’m not sure why we didn’t just have that the whole time.

The book really shined when Claire was actively searching for her father. She does a whole investigation where she befriends someone from her past and I loved those parts. The reason I gave this book four stars is because I would get so into the investigation and then it would change to something about her friends or what was happening with her brother. I felt like the book could have been stronger if some of that had been cut out because not all of it was necessary to move the story forward. To clarify, not every thing in a book has to move the story forward but it also shouldn’t hold the story back either.

The last chunk of the book had me so hooked that I couldn’t put it down. I just wanted to know what was going to happen and so obviously for me that was the most suspenseful part of the book. I didn’t expect or see the ending happen at all. There really isn’t any twists in this book but there was a lot of doubt if her father committed the murder or not. For me, the ending was a little out of left field but I was so invested in Claire that I didn’t even mind it. I feel like if I wasn’t as connected to Claire then I might have been a little annoyed at the ending. Thankfully I was and this ended up being a really great read for me.

I feel like this would be a great book for anyone who enjoys a domestic crime thriller. Also, it is another British thriller and I feel like a lot of the best thrillers come from there. Does anyone else feel like that?