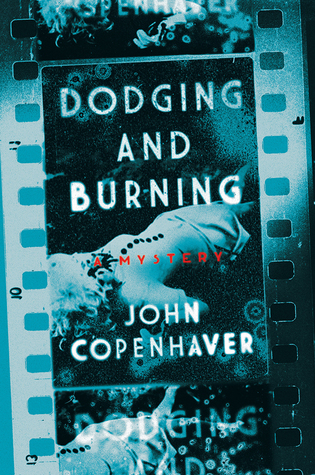 A lurid crime scene photo of a beautiful woman arrives on mystery writer Bunny Prescott’s doorstep with no return address—and it’s not the first time she’s seen it. The reemergence of the photo, taken fifty-five years earlier, sets her on a journey to reconstruct the vicious summer that changed her life.

In the summer of 1945, Ceola Bliss is a lonely twelve-year-old tomboy, mourning the loss of her brother, Robbie, who was declared missing in the Pacific. She tries to piece together his life by rereading his favorite pulp detective story “A Date with Death” and spending time with his best friend, Jay Greenwood, in Royal Oak, VA. One unforgettable August day, Jay leads Ceola and Bunny to a stretch of woods where he found a dead woman, but when they arrive, the body is gone. They soon discover a local woman named Lily Vellum is missing and begin to piece together the threads of her murder, starting with the photograph Jay took of her abandoned body.

As Ceola gets swept up playing girl detective, Bunny becomes increasingly skeptical of Jay, and begins her own investigation into the connection between Jay and Lily. She discovers a series of clues that place doubt on the identity of the corpse and Jay’s story of how he found it, and journeys to Washington, D.C. in search of Lily. In D.C., Bunny is forced to recognize the brutal truth about her dear friend, and sets off a series of events that will bring tragedy to Jay and decades of estrangement between her and Ceola.

This was in my Paige Habit box and I’m happy that I received it from them because I never would have picked it up on my own. This is advertised as a mystery about a dead girl but it is really a story about Jay, Bunny and Ceola. The book is told through the perspectives of Bunny and Ceola and is about their relationship with Jay. This book has a lot of intrigue concerning Jay and it is truly a wild twisty ride of a story.

The first half of this book took me a long time to read. The blurbs on the back of the book told me that this was about gay characters so I assumed that would be something that is a part of the book early on. And while it is definitely alluded to it is not a prominent part of the book until the second half on. The LGBT aspect of this book is so huge and really the driving force for a lot of different things happening. It was rewarding to finally reach that point of the book because it got a lot better from then on. I flew through the second half because it was so much more fast paced and so much was happening every chapter.

I also really enjoyed the historical side of this book. I felt like I learned a lot about a very marginalized group of people in our history and how it related to WW2. My heart broke for how badly treated LGBT people were during that time. It’s also sad to me to realize how far society still has to go even roughly eighty years after the time period this book is set in.

This book is definitely more of a historical fiction and less of a mystery. There was a really good story inside a story that was slowly told at the end of some chapters. This short story mirrored things that were happening in the main story and was a really cool addition. During the first half I was motivated to keep reading to get to another part of the short story. I really loved the twist in the short story and the whole thing was just really well done.